As a father of three kids, all of whom enjoy sports on some level, and a photographer who enjoys shooting sports, I don’t need much motivation to grab up my gear and drive to their games. I’m proud of all three kids, but take a particular liking to shooting games involving my youngest, Matthew.

I’ve been told that one thing many folks respond to most about sports photos is the expression on the athletes’ faces. Intensity runs in the family, and nobody wears it more proudly on his sleeve during games than the Matt-Man. He loves the pressure almost as much as he denies it. Check out his expression here, just another game in his world in which I am only paying rent. You would think it was the World Cup. He plays goalie, a position where you are either hero or goat every game. He wouldn’t have it any other way though…and truthfully, for his sake, neither would I. 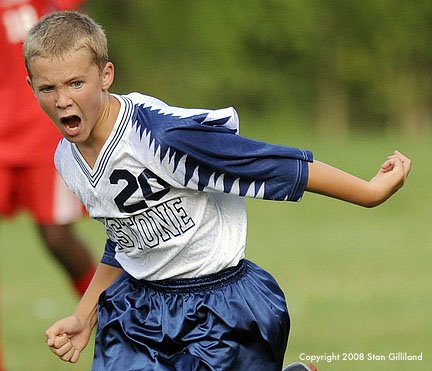